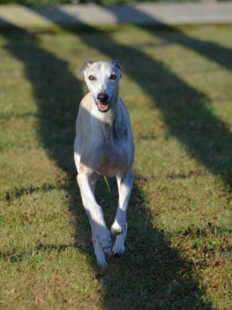 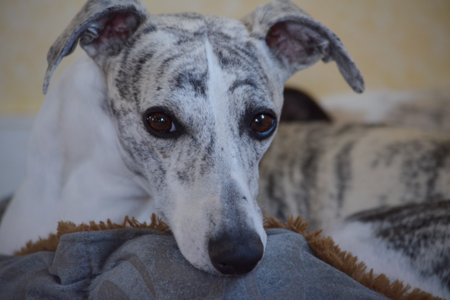 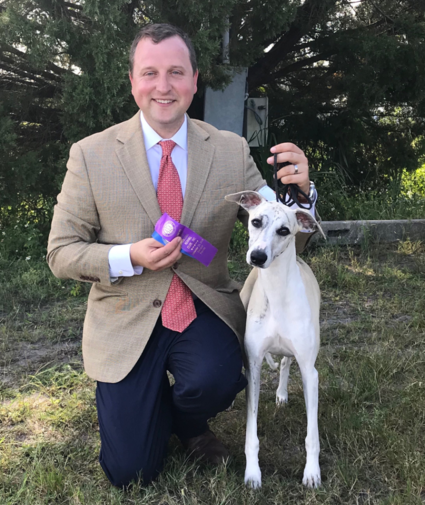 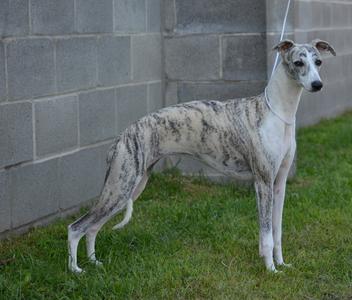 Russell is our keeper pup from Calla's litter of four. Holy cow, does this boy have personality! Russell recently completed his AKC Championship at 14 months. We are so thrilled with this guy. Russell is also enjoying lure coursing and earned his Senior Courser title in 2020.

Calla is a fun and exciting 9 year old who enjoys stuffed toys and 'talking.' She is in charge of all the other dogs. Calla is full of beautiful Whippet S curves, and she had her one and only litter in 2017. A series of mishaps have prevented her from being shown much, but Calla is a stunning example of Carol Harris' great Bo-Bett Whippet line. 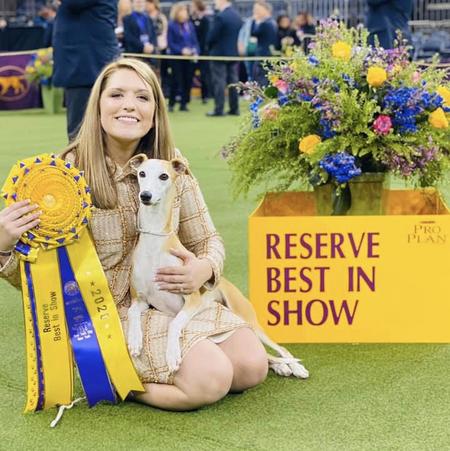 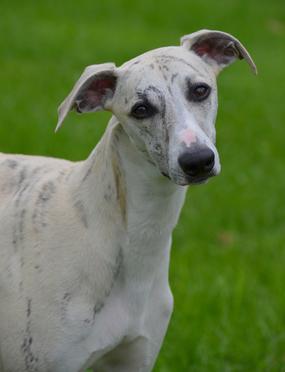 Skylar is a sweet 15 year old boy who is a devoted and gentle companion. Whippets seem to do best with another Whippet, and Sky loves his time with Calla and Russell, whether they are running in the yard or curled up on the couch. Skylar is great with puppies and seems to enjoy every litter that we've had. Skylar is a super snuggly boy.

We are so proud of all the fabulous winning done by Skylar's nephew GCHP Pinnacle Tennessee Whiskey and our friend Justin Smithey that we became part of Team Bourbon for 2019. Bourbon and Cheslie Smithey then became the #1 Whippet, #1Hound, and #2/3 All Breeds for the year. As 2020 begins, Bourbon has broken the all-time Whippet Best in Show record and won Reserve Best in Show at the Westminster Kennel Club. We are absolutely awestruck with Bourbon's accomplishments and are so happy for Justin & Cheslie Smithey for creating and maintaining such a phenomenal Whippet. 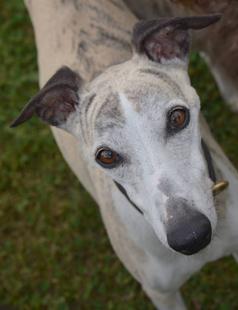 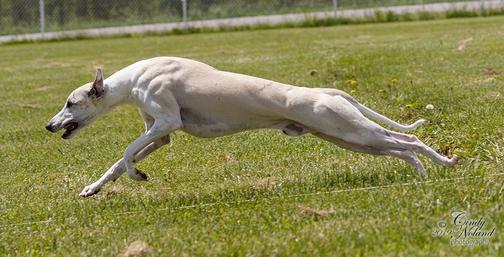 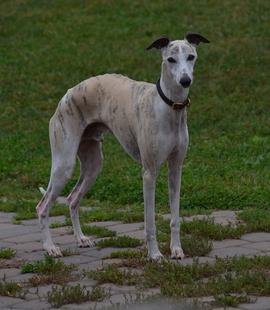