Marlee is our pick puppy from Solene's first litter, sired by the versatile champion Bosch. Marlee is an AKC Best in Open Show winner, a Canadian Grand Champion, and earned her AKC CM3 title. She won Best of Breed and FSS Group 2 at the FSS/Misc show held during the AKC National Championship week in Orlando, FL. 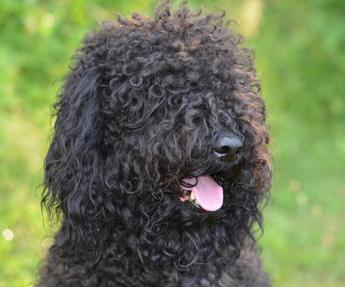 Marlee had a beautiful litter of 8 in November 2017. Marlee is a super sweet girl who inherited her momma's gentle nature. She is a pleasure to live with. 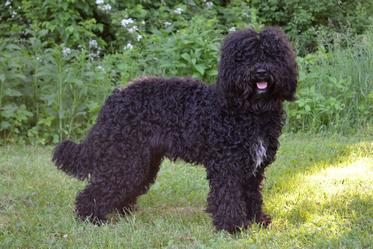 Claire is our first Barbet and she enabled us to have a great start at a time when this breed was still incredibly rare in the United States. Claire was the first Barbet in North America to win a Best in Show, which she won in both UKC and AKC. She is a Canadian champion and she has a wonderful, unflappable temperament. Her four litters were the pride of her life. She is a supermom and did an unbelievably great job raising her babies.

Nessa is a ray of sunshine from our friend Anne Plomp in The Netherlands. Nessa lives with friends who we met through our puppies, and she brings happiness and joy to anyone she meets. Her important job these days includes watching over her two young boys whether at home, on the lake, or at a baseball game.

Nessa is an enthusiastic girl who has never met a stranger. She smiles all the time! Her brother Thibault is the sire of Solene's 2016 litter.

Claire now lives with my sister's family and we see her often.

Claire has appeared at several Meet the Breeds events, been featured on a TV segment for AKC, and inspired many people to add a Barbet to their own family. We are so lucky to have Claire in our lives! 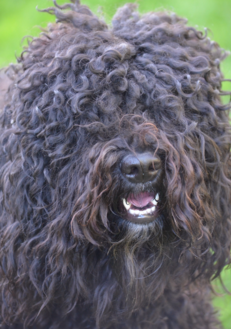 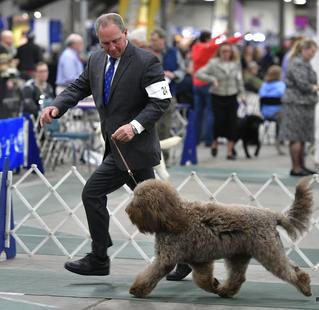 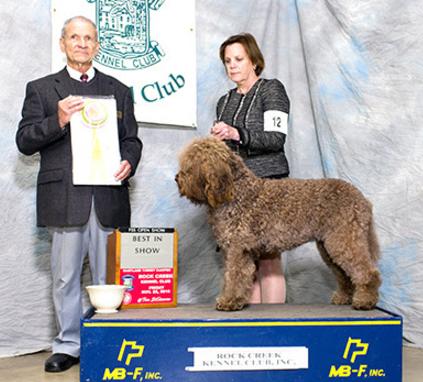 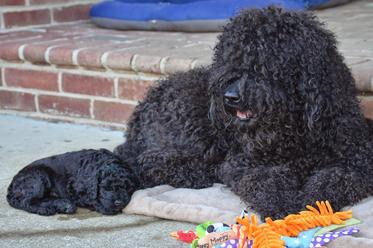