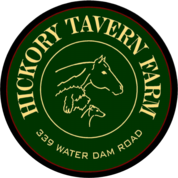 Christi McDonald is a second-generation dog person, raised with a kennel full of Cairn Terriers. After more than a decade as a professional handler’s apprentice and handling professionally on her own, primarily Poodles and Cairns, she landed a fortuitous position in advertising sales with the monthly all-breed magazine ShowSight. This led to an 11-year run at Dogs in Review, where she wore several hats, including advertising sales rep, ad sales manager and, finally, editor for five years. Christi is proud to be part of the editorial team for the cutting-edge Best In Show Daily. She also currently owns the 50-year-old iconic print magazine Terrier Type, and lives in Apex, N.C., with two homebred black Toy Poodles, the last of her Foxfire line, and a Norwich Terrier puppy.