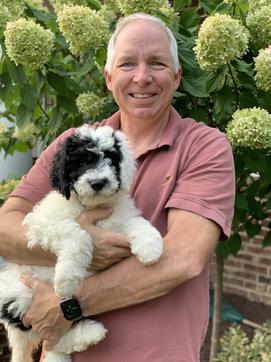 Solene won the FSS Group at the AKC/Eukanuba National Championship in 2015, just a few weeks after becoming the first American Bred Barbet to earn a Certificate of Merit. Solene became the second American bred and second female Barbet to earn her AKC Championship in February 2020. In July 2020, Solene won Reserve Best in Show in the NOHS competition in Canfield, OH. Solene is the 2020 #1 Barbet bitch. She won the breed at the National Dog Show in Philadelphia, PA, the AKC National Championship in Orlando, FL, and the 2021 Westminster Kennel Club.  An amazing trifecta of Best of Breed wins! 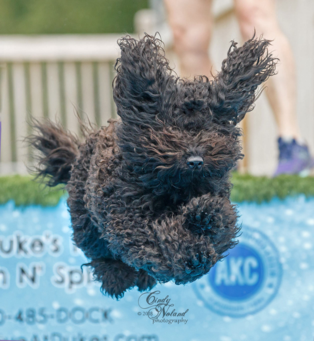 Jessa is from Flynn's first litter and she won Best of Opposite at the AKC National Championship shown by David Descutner. Spending the summer with our friends Shane and Dan, Jessa is having fun dock diving, earning her Senior title with a PB of 17'3"! 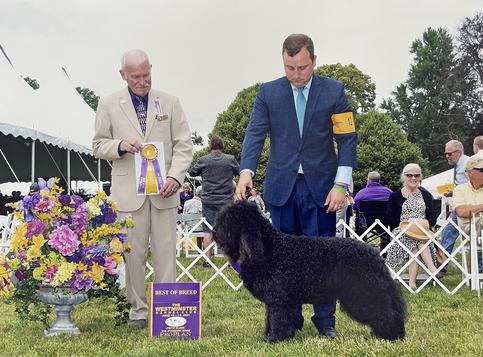 Dana is our young superstar who has a really successful show career thus far. She has quite a few Best in Miscellaneous and Best in Open Show wins under such respected judges as Michael Canalizo and Charles Olvis. Both Dana and her mom Marlee earned CM3 titles! Dana had seven beautiful puppies sired by Can Ch Northrock's Athos Pascal on July 8, 2020 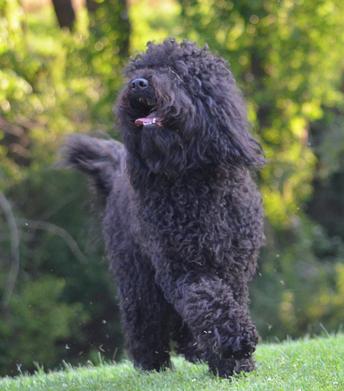 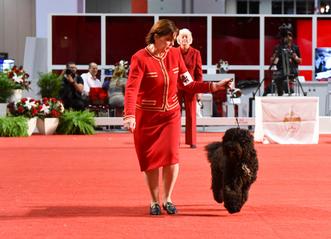 Flynn is one of our stars at Hickory Tavern Farm. She is the first US born Champion and is the #1 NOHS Barbet in AKC. She earned her Certificate of Merit title at under two years of age and was the first AKC Champion bitch. She has won Best in Miscellaneous in the biggest US entries under such respected judges as Doug Johnson, Jamie Hubbard, and Bill Shelton. She is a delightful personality! 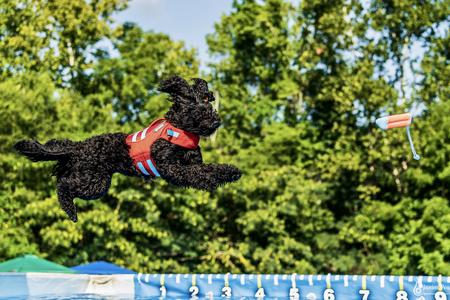 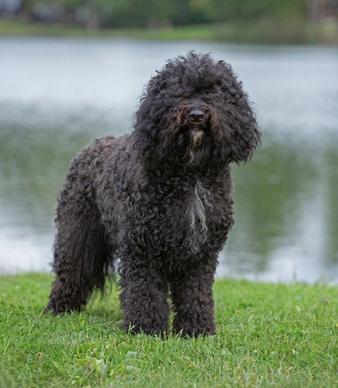 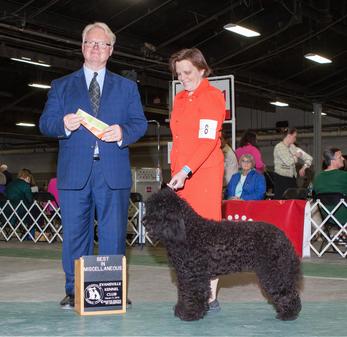 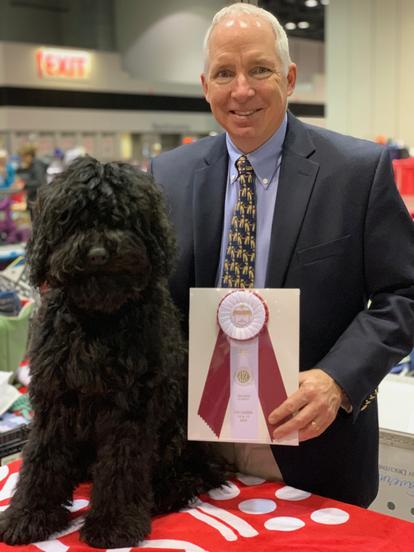 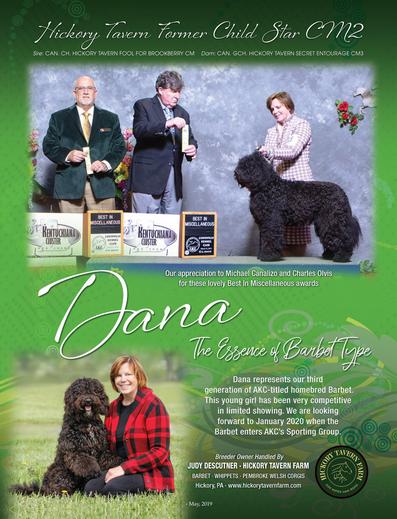 Flynn was also one of the first high ranked Barbet in NADD with a personal best jump of 16'7". Flynn earned an invitation to the 2018 NADD Nationals in Orlando, Florida. Her daughter Jessa jumped 17'3" in her first year in NADD.

Flynn is the 2020 #1 NOHS Barbet, and the proud mom of three beautiful litters, an AKC Grand Champion., and Select Bitch at the 2021 Westminster Kennel Club. 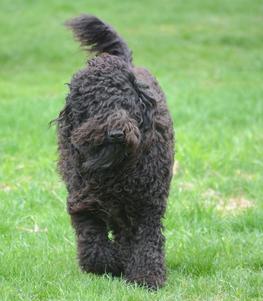 Solene is our firstborn Barbet and she has done nothing but bring happiness to our lives. She is a sweet and gentle soul who is a devoted pet and gorgeous show girl. 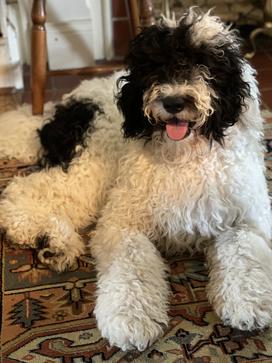